In the days of the Liberation, the Western Alps witnessed one last attack that shattered Italy’s newfound peace. In the chaos of spring 1945, the French army attacked Italy in the Alps intent on annexing Valle d’Aosta. De Gaulle’s secret plan, however, galvanised the ideals of Italy’s fighters; partisans and republicans fought side by side against the invader in a battle that lasted beyond the end of the war. Told from the combatants’ perspective, this film reconstructs the dramatic, extraordinary events that took place on that rocky, snowy front. Holed up inside ice-bunkers, troops on both sides learnt how to fight a difficult war where the most dangerous enemy was the mountain.

Roberto Cena was born in 1974; he graduated in Communication and went on to do a Masters in Audiovisual Editing and Writing at the University of Turin. He experimented with a variety of expressive forms, including journalism and satire, before devoting himself to writing screenplays. He works in film as a documentary writer, director’s assistant, story editor and researcher. L’ultima battaglia delle Alpi is his debut as a director.

Fabio Canepa, after getting a Masters in Editing and Audio-Visual Writing, works with a range of film production companies as a documentary writer and production manager. L'Ultima battaglia delle Alpi is his debut as a director. 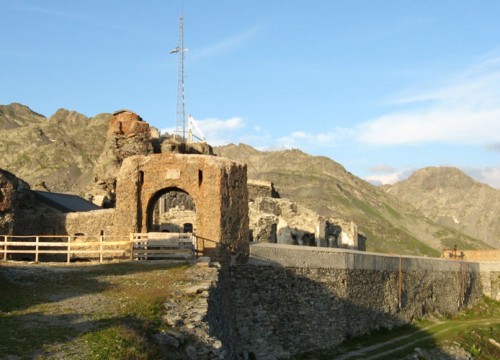