This dramatic documentary tells the story of four very different characters: three men and a mountain. Set against the wild beauty of Alaska, two Austrian ski mountaineers Axel Naglich and Peter Ressmann, and American free ski mountaineer Jon Johnston, embark on a seemingly impossible venture that pushes their physical and mental capabilities to the absolute limit: skiing down the 5489 metres of Mount St. Elias on the longest descent ever achieved. On their adventure, heroism blurs with folly as the three men deal with situations that require extreme rationality, great courage, unerring faith in their own abilities and, above all, enormous luck. A documentary that shows how mountains can combine mortal danger with delirious joy.

Director Gerald Salmina was born in Austria in 1965. In 1995, after a career as a windsurfer, he founded video production house Planet Watch, which specialises in making films on extreme sports, nature and youth culture. In his documentaries, humans and nature meet in extreme situations and his films are shot in tough conditions. His most recent films include Hollywood am Wörthersee (2008), Light & Shadow (2007) and Memento (2006). 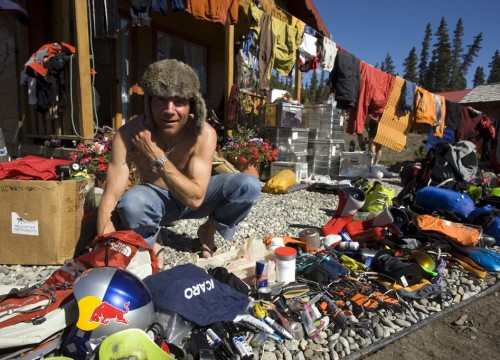