This film uses one turtle’s incredible journey to whisk the audience away on an underwater odyssey on the discovery of an endangered magical world inhabited by fascinating, funny and sometimes frightening creatures. The hallmarks of this 3D documentary are its shots of seahorses, turtles, hammer-heads, dolphins and sharks, as well as its scenes of migrations, daily fights for survival, and graceful aquatic dances. A fascinating insight into marine life with something for everyone, this groundbreaking film was shot with the latest underwater camera technology by a team of four hundred people.

Jean-Jacques Mantello, 44, started his career as a director in 1986, when he began to work for L'Equipage Video, a Grenoble production company. In 1991, he directed his first 3D animation film Miracle Mermaid, which won the Public’s Choice Award at the International Underwater Film Festival in Antibes. In 1994, he founded the production company Dynamax with his brother Francois. As production manager he has directed more than thirty 3D animated films. His experience and love for the environment and the oceans led him in 2001 to direct his first film entirely in High Definition 3D Ocean Wonderland 3D, which was released worldwide. The follow-up, Sharks 3D, was released in 2005. 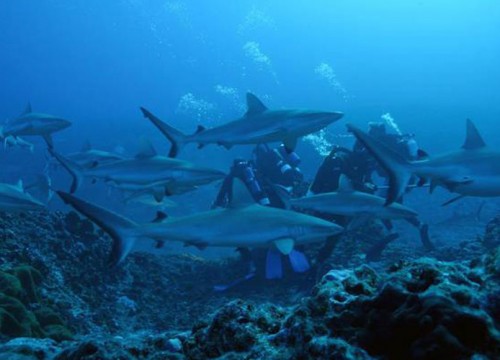