Oil City stands on the Caspian Sea, about 50 kilometres off the Absheron peninsula in Azerbaijan. Build on Stalin’s orders in 1949, Oil City is a network of oil rigs, some abandoned, that are connected by more than 180 kilometres of iron bridges in an extremely poor state of repair. Using archive documents and recent interviews, this film tells the story of a forgotten place and the people who have lived and worked there for decades. The future of Oil City is also uncertain as in less than twenty years the oil wells will run dry.

Marc Wolfensberger was born in 1971; he is a journalist and director. Over the last ten years he has worked mainly as a reporter in the ex Soviet Union and in the Middle East. He has been a correspondent in Central Asia, Afghanistan and the Caucuses for a number of French newspapers and radio stations. He opened the Teheran branch of Bloomberg News, managing it for almost three years. In 2006 he founded his own production house and since then has worked with a range of European television networks. 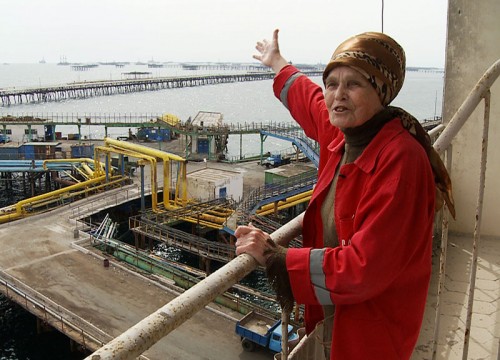