This documentary tells the story of Silvio “Gnaro” Mondinelli, the sixth man in the world to climb all fourteen Eight Thousanders without oxygen canisters. Mondinelli, who is from Brescia, Northern Italy, recounts his life in the mountains, his passion, his feats and his desire for freedom. He talks about the difficult, and sometimes tragic, moments, as well as about the constant risk and the numerous times he has saved fellow climbers in difficulty. He also tells of his pain at losing a climbing partner and the immense joy that his adventures have brought him.

A professional journalist and expert skier, Dodi Nicolussi started her career in 1985 by reporting the Skiing World Cup for Sciare and other specialised magazines. Over the years, she has presented a variety of skiing programmes on radio and television. In 2003, Nicolussi went to Italy’s Sky Sport, where she edited and presented the weekly rubric Vincenti. She is currently working on Il meraviglioso mondo degli azzurri, which is aired on Sky Sport. She devised and founded Sciare col cuore, a charity event that each year rallies Italian and international champions to collect funds, in particular for children and research. 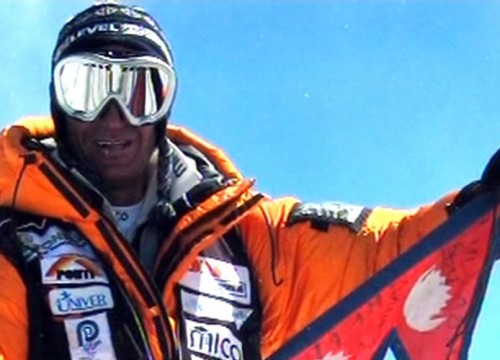