Wanda Rutkiewicz is considered to be one of the greatest female mountaineers of the twentieth century, if not the greatest of all time. She was one of the first women to attempt to climb all of the Eight Thousanders. On 16 October 1978, she reached the top of Mount Everest, making her the first European woman, and the third of all time, to set foot on the Roof of the World. She climbed eight of the world’s highest mountains between 1978 and 1992, including Cho Oyu and Annapurna in solo climbs. In 1986, she became the first woman to climb K2 without supplemental oxygen. Wanda died in May 1992 as she attempted to climb Kangchenjunga. Through original footage and interviews with people who knew her, this film retraces her great mountaineering career.

Born in Poland in 1983, Anna Filipow studied television journalism and editing at the Polish National Film School, Lodz. Her most recent works include the documentary On Every Call (2009), the documentary series Polish Himalayas (2008), the programme Room Raiders Euro (2008) for MTV and Soapstar Superstar (2007).

Krzysztof Wielicki was born in Poland in 1950; he is the fifth man in the world to have climbed all fourteen Eight Thousanders. He was the first person to climb Everest in the winter, which he achieved on 17 February 1980. He has achieved other incredible mountaineering feats including solo climbs of Dhaulagiri and Shisha Pangma; he also climbed K2 on its difficult North Ridge. 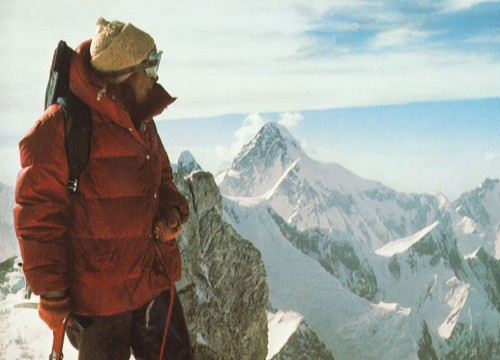