Bruno Detassis was one of the greatest Trentino mountaineers of the early twentieth century, and this film takes a look at the routes he opened through the Brenta Dolomites. The film is the result of a project by mountain guides Franco Nicolini and Omar Oprandi, who were invited by the TrentoFilmfestival in 2009 to retrace many of the routes Detassis had opened. As the film unfurls, it reveals what it was like to venture into the mountains in those days and also takes a look at where modern-day mountaineering is heading, in a combination of archive footage and film of the repeat climbs by Nicolini and Oprandi.

Mountaineer Lino Guazzo is also a cameraman who specialises in mountain and travel documentaries; the hallmark of his work is its photography. During his career, he has made a number of documentaries on the mountain expeditions he took part in and has visited almost the entire world. His most important adventures include an expedition to Makalu, the world’s fifth highest mountain, and an expedition to Aconcagua, the highest peak in South America. 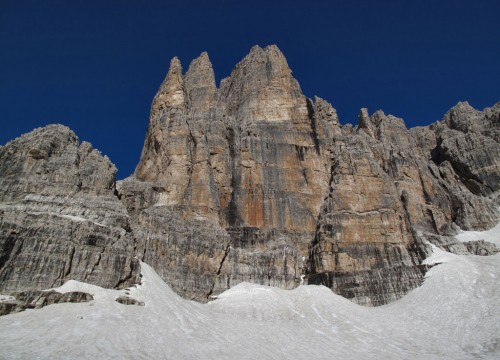