Shot over three years in a crucial period of Nepal’s modern history, this film is an extraordinary account of six women who stand up to the Maoist rebels and the king’s repression of the civilian population at the height of a civil war. When Devi, mother of a 15-year-old daughter, sees her nephew tortured and killed by the Royal Nepal Army, she decides to speak out about the atrocities being committed. In retaliation, the army kidnaps her daughter. The kidnapping sparks a three-year battle by Devi and five other women to find out the fate of her daughter and to seek justice.

Julie Bridgham, a Sundance Institute Documentary fellow, has lived in Nepal for long periods over the last six years where she produced and directed a number of documentaries for organisations such as the United Nations, BBC, Discovery Channel and TLC. Before devoting herself to documentaries, she worked in Costa Rica as head of a UN environmental project and in Bolivia as a researcher for a human rights organisation. Her work includes Indentured daughters and Hope in the Himalayas. 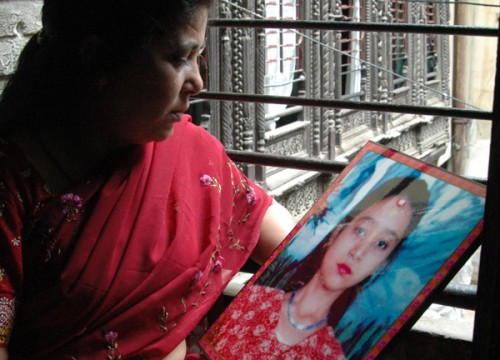