This documentary is one stage in the people of Uruguay’s realisation that they have a Right to Water. The protagonists are the inhabitants of four local communities: sugar cane farmers from Placeres, Bella Unión, in the Artigas Department; the family-run agricultural and sheep-farming community of Los Furtado in the Tacuarembó Department; La Cantera district, an area of the city of Durazno that had been flooded, and the Casabó district on the outskirts of Montevideo, the country’s capital. The film script was written during community assemblies and workshops. The film-camera became a tool that promoted debate and participation, as well as an opportunity to discuss the problems underlying the management of local resources and to seek a mutually beneficial solution.

Florencia Villaverde Siri graduated in Communication and specialises in community communication, audio-visual language and communication analysis. She later completed a Masters in Popular Education. Since 2006, she has coordinated the Las mujeres transformamos las ciudades, a European Commission project. She made numerous documentaries and works with the Festival de Video Comunitario de Florida. Her productions include Montevideo Siglo veintiuno. Presencias del porveni (2004) and 3 minutos cero fichas (2003). 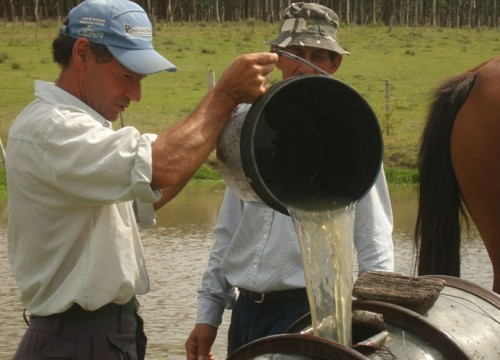