During his career at the heights of competitive international flying, Angelo d'Arrigo has seen the world. On his journeys he has flown over seas, volcanoes and mountain chains alongside eagles and birds of every breed. At a certain point, however, he decided to leave the sport and devote himself to emulating the movements of birds of prey and to seeking a deeper meaning within flying in symbiosis with the air. This documentary follows him on the two legs of his “Metamorphosis Project”: the first is a long flight along the routes taken by migratory birds of prey, which each year leave the Sahara and cross the Mediterranean, heading for Northern Europe; the second is a journey across Siberia to release a group of Siberian cranes born in captivity into the wild.

In the 1980s Emanuele Angiuli founded Grabinsky, an experimental video research group. In the 1990s, he made Ritratto di Anna, on the life of actress Anna Magnani, for S. Marino RTV and he also filmed a series of reports on the interdependence between the North and South of the world. He has worked as a director for Raisat, Rai Educational, Superquark and Report since 2000. In 2006, he started work on Un Angelo tra le nuvole, which was completed in 2008 after the death of its protagonist Angelo D’Arrigo. In 2009 he shot Traumfabrik, which retold events in the Bologna of 1977. 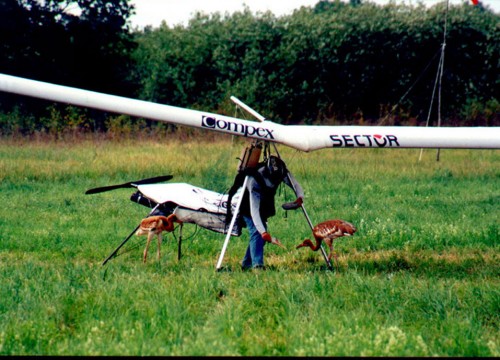