The agreements governing the transfer of the population of South Tyrol were signed in Berlin on 23 June 1939. The area covered by the agreements encompassed the current province of Bolzano, the Ladin municipalities of the province of Belluno, and the German-speaking communities of Valcanale. Val dei Mòcheni and Luserna were also covered by means of a subsequent verbal agreement that obviously could have no legal value. As had happened in South Tyrol, panic broke out in Val dei Mòcheni and Luserna as the news spread that the Fascist government was planning to transfer anyone who refused to leave their homes to Sicily or even to the colonial territories. This documentary aims to reawaken the collective memory to one of the most distressing chapters of Italian history in the first half of the last century.

Paolo Cova was born in Rovereto in 1965; he has lived in Val di Fiemme since 2003. He has made two ethnography documentaries: Un venerdì verso le tre (1999), which deals with religion in Val di Sole, and Maledeta la scòla di Barbi, on the “matòci” carnival in Valfloriana. 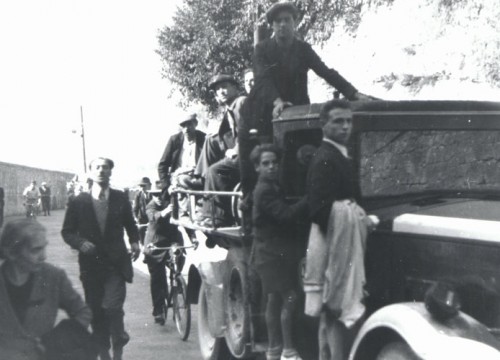