This film bears witness to the fascinating silence that reigns supreme over the desolate paths of Val Grande in the Italian Alps. It is a place that appears isolated from the civilised world, although it is only a few kilometres from major cities in Northern Italy. The valley is strewn with pastures that have been abandoned for decades, hidden beneath vegetation. They re-emerge only in the stories of people who used to live there, as though they were the remains of some lost ancient civilisation. The documentary uses the accounts of people from surrounding villages who populated the pastures half a century ago, as well as those of people who still visit them, to afford an insight into the feelings conveyed by the silence and abandonment of these places. The film also looks at the spiritual aspects of these areas, as it makes way for evocative footage and stories.

Nicola Piovesan graduated in Cinema from the Bologna School of Performing Arts (DAMS) in 2004; he was among the finalists of the DAMS Award 2003. In 2004, he worked on a video installation for the theatre show Sterben. He has made two self-produced feature films GRIN (2005) and Anoir (2007). In 2007, he made his first documentary Una terra tra due acque; he also made the short film Keygenerator, which combines live film and 3D graphics, and was presented at the X Future Film Festival in Bologna. In 2009, he made the video-clip The Devil in Kate Moss by Julie’s Haircut. 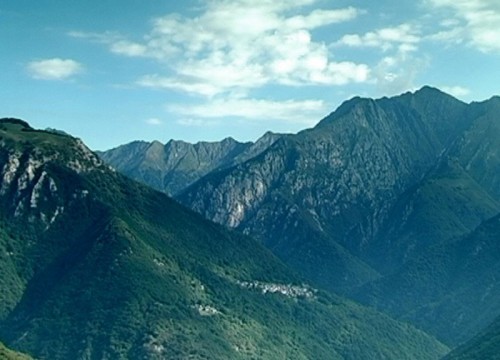