In his bid to climb the fourteen Eight-Thousanders, Spanish mountaineer Edurne Pasaban ended 2009 with twelve completed climbs under his belt; he planned to scale the remaining two, Shisha Pangma and Annapurna, in spring 2010. At the beginning of March, after a series of mishaps and misunderstandings over permits with the Chinese government, the team of Al filo de lo imposible, an exploration and adventure programme on Spain’s TVE channel, follows him for two weeks on the north face of Annapurna, from the setting up of Camps 3 and 4 to the summit, which he reached on 17 April. His achievement gave new impetus to an already outstanding mountaineering career.

Carmen Portilla graduated in Sociology and Anthropology from the Universidad Complutense, Madrid. From 1985 to 2007, she was one of the team who produced a series of adventure documentaries called Al Filo de lo Imposible; she has run the team since 2009. She is also a scuba-diving instructor, a passion that has led her to explore some of the most stunning underwater caves in the world. Some episodes of her underwater adventures have been screened in a series on TVE. 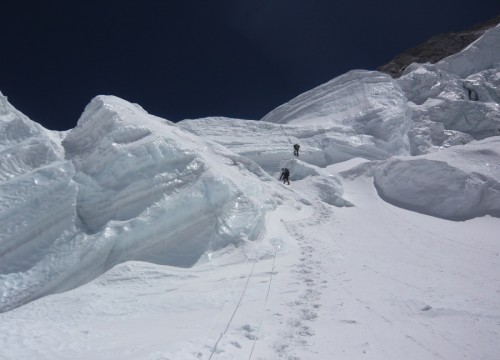 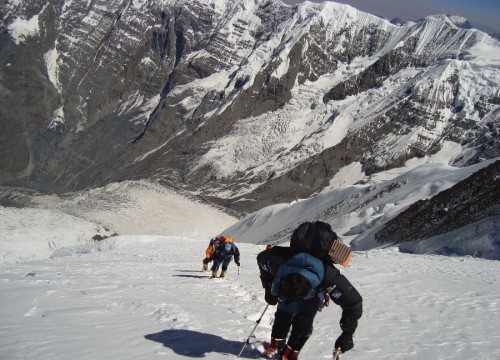