Sylvain Saudan is the father of extreme skiing. Luciano De Crignis has always looked up to him. One is Swiss, the other Italian, but both are from the mountains; each has built a relationship of rare intensity with their chosen environment. They are two people who do not make comprises, but are used to doing what they believe in. De Crignis wants to repeat one of the major great descents in extreme skiing: the Marinelli Gully on Monte Rosa, which Saudan achieved in 1968. He plans to complete it with Fabio Iacchini, a man more than fifteen years his junior. It is 1999: Saudan is sixty-two, De Crignis forty-seven and Iacchini just over thirty. They arrange to meet at Macugnaga to repeat the endeavour. Although it looks easy, many things go wrong. It is a clash of three generations, three cultures and three different mountain philosophies.

Born in Trieste in 1954, in 1979 he graduated in modern literature, with a thesis on the history of cinema. He specialised in modern cinema techniques and was assistant director at the Association Varan in Paris. A television director since 1983, since 1990 he has been one of the founder members and creative manager of Videoest in Trieste. He has written, directed and produced numerous artistic, historical and nature films, along with advertising and industrial films. 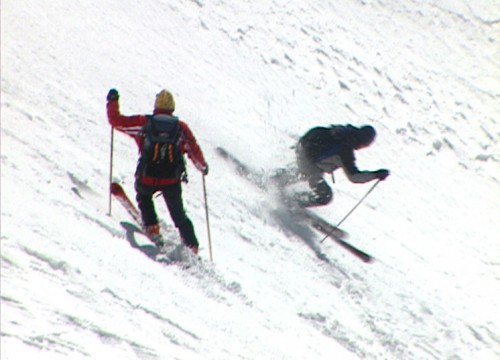 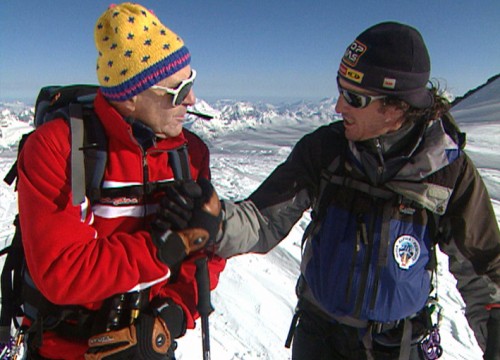