The protagonist of the documentary is the many-sided figure of Alfonso Vinci (1916-1992). He was a prominent climber from Lombardia in the 1930s, literary man and scientist, legendary partisan commander during the Resistance and subsequently a pioneer of exploration in Venezuela and South America, where he went immediately after the war in search of new peaks and fortune. Vinci made his mark as an ethnographer and anthropologist, publishing a number of splendidly written books on the Samatari populations and the Cordigliera area. He made important ascents during his visits to the area (for example the north face of Picco Bolivar) documented in very rare period films. He was an exceptional figure, worthy of rediscovery and investigation in this documentary specifically dedicated to him. It has been made using extracts from interviews, splendid period filming by Vinci himself and previously unknown alpine scenes filmed especially in the mountains of Lombardia, so dear to him. The considerable quantity of material available, with footage, interviews, books, living witnesses, critiques and documents relating to the war period, has made it possible to draw up a complex and accurate reconstruction of a human and cultural adventure which centred on climbing, but which went beyond this and was enriched in the broader context of Vinci’s versatile and many-sided life.

Michele Radici is an enthusiastic sportsman, specialising in filming extreme sports and adventures. He has produced various documentaries on flight (aerial acrobatics, hang-gliding and parachute sports), skin diving (potholing and archaeological diving, sharks) and the mountains (women’s free climbing, exploring in Venezuela, extreme skiing) for Canale 5 and the Istituto Luce in Rome. He participated at the Trento Filmfestival in 1986 with "La parete che non c'è” , in 1988 with "The Time Machine" (made with Stefano De Benedetti) and in 1990 with "Face To Face" (made with Anthony Hoffmann). In 1991 he presented "Carnatic: la nave senza volto".
In 2008 he translated an old book written by Bridwell (by now impossible to find) and wrote part of the new book “The Bird” on the life and feats of Jim Bridwell, updated with the latest ascents, together with Giovanni Groaz. In 2009 he produced and directed a split-screen film for the Upper Valdigne on Courmayeur and neighbouring municipalities. In the same year he was a member of the jury at the Trento Film Festival. 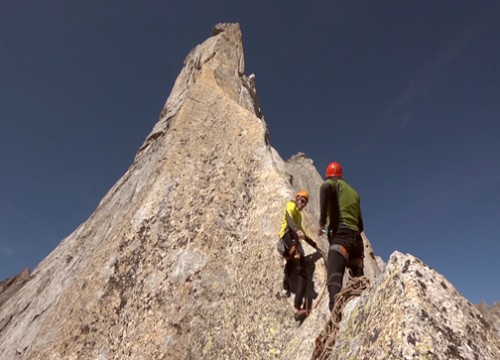 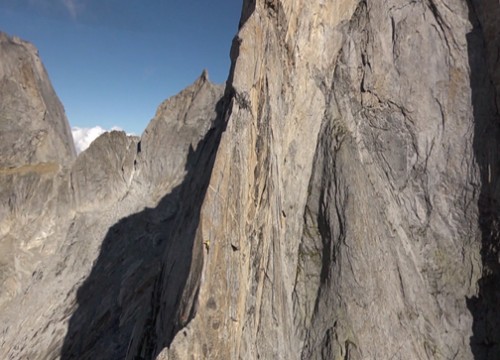