In 2007 Daya Cahen was the first foreign woman to get permission to set up her tent at the summer camp of the Nashi, the Russian pro-government young people’s movement founded by Vasily Yakemenko, which officially aims to encourage democracy and oppose the fascism and excessive power of the oligarchs, but also the policy of former USSR countries which have become independent and chosen derussification policy and who are trying to establish closer relations with western countries and organisations. Its creation was encouraged by high-level figures in the Russian presidential administration. The members are aged between 17 and 25. Critics have compared it to the Soviet Komsomol and the Hitler Youth . The critics have compared it to organisations such as the Soviet Komsomol and Hitler Youth. The film-maker was able to explore and illustrate the characteristics and daily activities of the youth movement explicitly supported by Vladimir Putin and extensively funded by the government, from the inside. She filmed people’s impressions with two video cameras and then presented them with a double filming. 10,000 young men and women from all over Russia, chosen and trained to become part of the future managerial class (entrepreneurs, politicians and managers) in a country that wishes to be one of the leaders in the 21st century.

Daya Cahen studied at the Photography Department of the Gerrut Rietveld Academy in Amsterdam between 2002 and 2006. She has worked both as a photographer and as a video director. In 2006 she made her debut as a director with “The Stalin that was played by me”, on her visit to Stalin’s grandson, presented at many national and international festivals. With “Nashi” (2008) on Vladimir Putin’s youth movement, the director continues a strategy of interviewing people manipulated by the world of politics, meeting them in their environment. Both Nashi and the film on Stalin show Cahen’s interest in political propaganda. In 2009 her work was presented during the Venice Biennial. 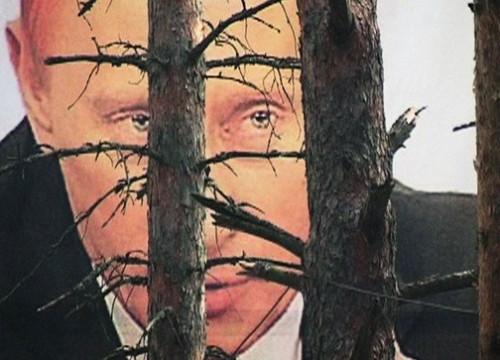 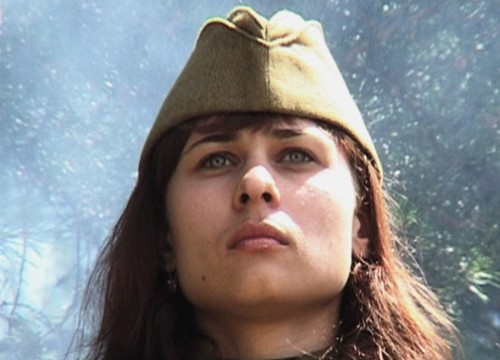 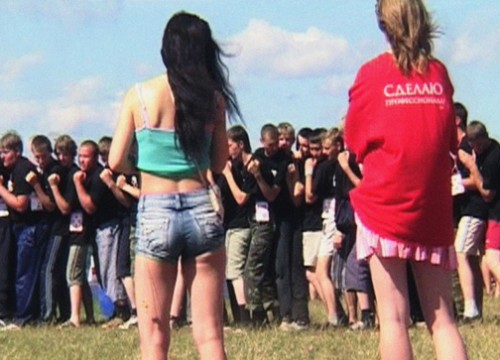