Achille Gadler was born in Trento in 1920. Passionate about the mountains from childhood, he climbed all the main peaks in Trentino. After the war he discovered ski mountaineering and promoted the sport in Trentino. He climbed numerous four-thousanders in the Alps, climbing in the Pyrenees and mountains throughout Europe. He had various roles in the SAT organisation in Trento: he was President from 1981 to 1986, promoter of the Natale Alpino event and a mainstay of the footpaths committee. At the end of the 1970s he began to describe the Trentino mountains in a successful series of guidebooks, which have been republished several times and would be difficult to surpass today. This documentary is intended to pay homage to a man who was as reserved as he was unforgettable, a Trentino man who loved the mountains and who in his own quiet way taught us to understand and enjoy this fantastic natural heritage. The documentary was made within the context of the ArViMonT – Visual Archive of the Trentino Mountains project, conceived, promoted and directed by the Mountain Library of SAT.

He is passionately enthusiastic about the mountains and potholing, writes for newspapers and magazines and is the author of various climbing books. His book on Trentino women climbers, “Pareti rosa” (Trento, 2006) was given an award at the Leggimontagna Prize in Carnia. With Lorenzo Pevarello he made the documentary “C'è pane per i tuoi denti, Patagonia 1958” (2009), a work which participated at the 57th TrentoFilmfestival and the 17th International Festival of Mountain Films in Poprad (Slovakia), winning the jury’s prize at the latter event. 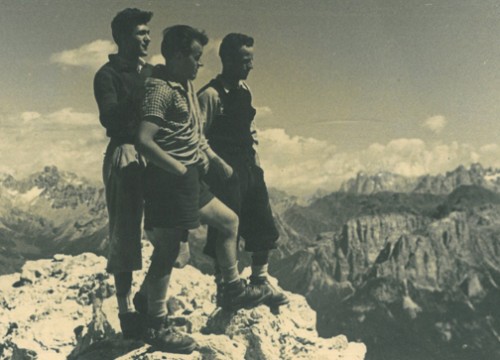 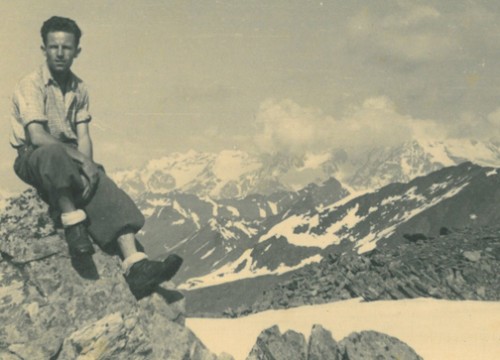