Tommy Caldwell is a big wall specialist. He has dedicated the last decade of his life to opening up routes on El Capitan, in the Yosemite area, rewriting the history of climbing. For three seasons he has concentrated on his latest project – the impossible Dawn Wall. Tommy proceeds together with Kevin Jorgeson, a bouldering expert, until a storm of epic proportions prevents the two men from continuing, at least until next year. 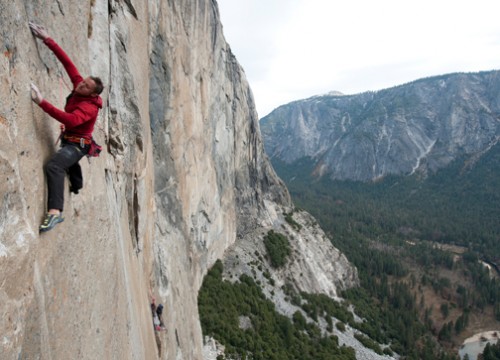