The centenary of the British Antarctic (Terra Nova) Expedition of 1910-13 has triggered a range of activities centred on just such authentic material. Essential to this reappraisal is the BFI National Archive’s restoration of another original artefact, The Great White Silence (1924), Herbert Ponting’s film record of the expedition. Scott’s decision to include a professional cameraman in his expedition team was remarkable for its time, and it is thanks to his vision – and to Ponting’s superb eye – that, a century later, we have this astonishing visual account of his tragic quest. The film captures the journey to Antarctica on the Terra Nova, the life in camp, the indigenous wildlife – seals, killer whales, and (of course) penguins – and the landscapes and ice formations. Most remarkably though, it captures the men themselves in their happiest moments, preparing for the journey to the Pole, showing how they would cook and eat and sleep in the tent on their three-month walk through the frozen wastes. In one remarkable scene Scott, Wilson, Bowers, and Evans sit around smiling and chatting over the pemmican “hoosh” and demonstrate their reindeer-hide sleeping bags. With the exception of Captain Oates, these were the very men who would form the polar party, and that very tent would become their tomb.

Herbert George Ponting (1870–1935) was a British photographer and explorer. He was the photographer and cinematographer for Captain Scott’s Terra Nova expedition (1910–13). His work provides some of the most famous footage of the Heroic Age of Antarctic Exploration. 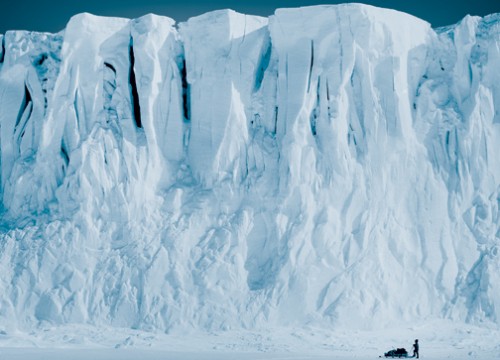 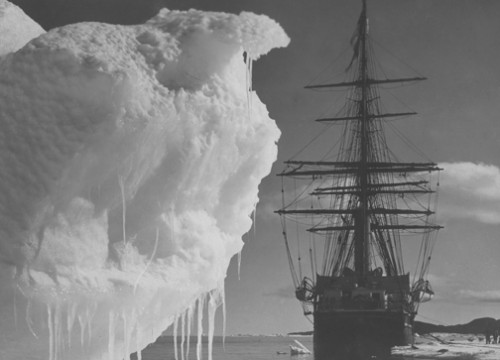 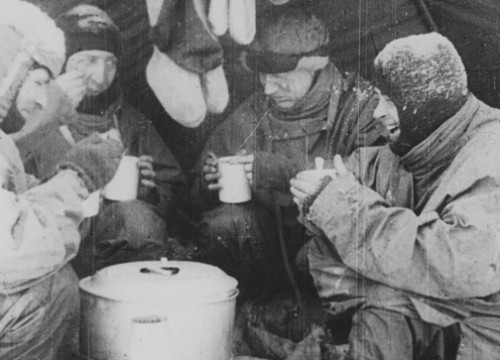