Apo Karim lives in Hushe, a small village situated at an altitude of 3200 metres in the mountains of Karakorum, in the north of Pakistan. During more than thirty years’ service as a porter at high altitude Karim has accompanied the greatest mountaineers up the highest peaks in the world, becoming the most famous Sherpa in the western Himalayas. After Little Karim in 1985 and Mister Karim in 1997, Apo Karim is the third film that the director Laurent Chevallier has dedicated to the life of this "small but great man" of the mountains.

In his long career as a director he has produced around fifty documentaries for television dedicated to mountains around the world. He has also made numerous works for the cinema, including “Momo le doyen” (2007), “Expérience africaine” (2009) and “La Pépinière du désert” (2011). 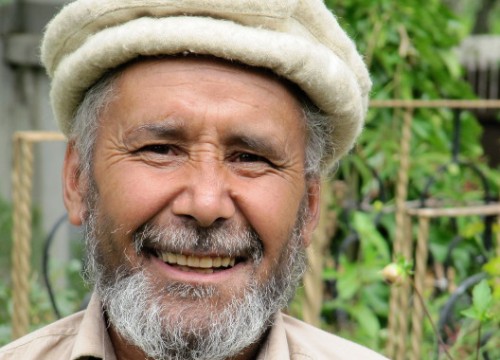