Oreste Forno, from the Valtellina , spends his days in the Valle dei Ratti, in the upper Val Chiavenna. A mountaineer, photographer and writer inspired by mountain stories, a thrill-seeker, he describes himself as the “guardian of the stars”. After having risked his life several times and witnessed major dramas in the mountains, he has found an equilibrium in this enchanting secluded valley, where he works as the warden of the hydroelectric power plant belonging to Edison. A story dominated by a passion for the mountains which conditions every aspect of life, in a picturesque natural setting.

Born in Lecco, after studying science and electronic engineering, he specialised in multimedia and audiovisual production, a field in which he still works. For more than twenty years he has been involved with the CAI film centre and film library, of which he is currently President. He has been involved in making various mountain films and documentaries. 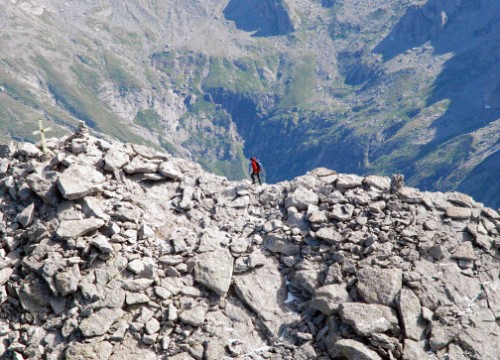