The documentary revolves around the lives of Vitalik and Yuri, two native inhabitants of a remote Kamchatka village, who drive through dirt roads, to supply the region’s grocery stores with goods. A road movie, accompanied with sense of humor, that gradually introduces several characters and explores the depths of human relationships.

Denis Klebeev was born in Borisoglebsk, Russia in 1981. After graduating from The Moscow State Technical University of Civil Aviation in 2003 as an engineer he worked for an airline's sales department. From 2010 to 2011 he was a student of Marina Razbezhkina's Workshop of Documentary Films. Feature documentary 31st Haul – is his diploma project for the Workshop. 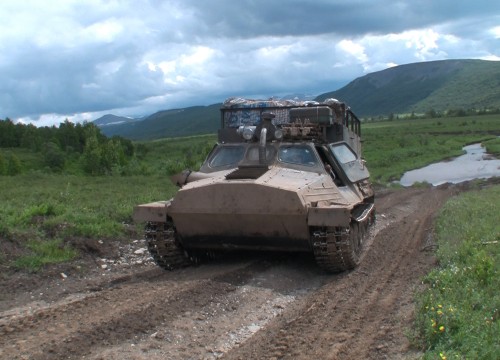