The film sets off on the trail of the 2007 Dakar Rally, and along the way it encounters the diversity to be found in contemporary Africa, in Morocco, Sahrawi Republic, Mauritania, Mali and Senegal. The film demonstrates the extent of this distance, which is the result of political and economic conditions, and also the ideas and prejudices to be found in both Europe and Africa. Keeping the sobering reality in mind, it creates an homage to humanity and slowness which questions deep-seated perceptions and the role of Europeans in numerous, presumably African, problems. 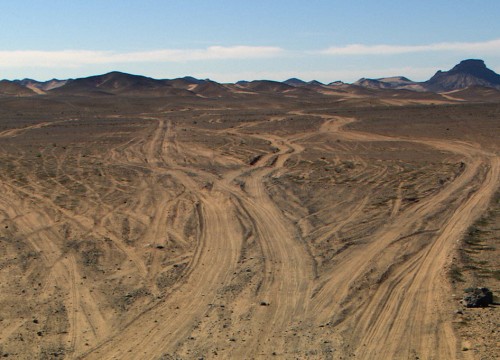