The House of Solidarity. Home of Susanne, a grandmother adapting to a new way of life since her house grew too empty. Home of Moussa, a long-distance father striving to build his future in Italy. Home of Albina and Hans nourishing the hope to return to a farm in the countryside one day. Anderswo opens the door to encounters among the patchwork of people living in this house. Cigarette by cigarette the film dwells upon family ties and the longing for your own elsewhere.

Born in 1986 in Hammerfest, Norway, she attended the European Film College in Denmark in 2005-2006. Subsequently she studied Social Anthropology at the
University of Oslo, graduating with a Bachelor of Arts degree in 2010. Whilst studying she also worked as editor and editing assistant for several production companies. Since 2010 she is studies Project development and Directing at Zelig School for Documentary, Television and New Media. 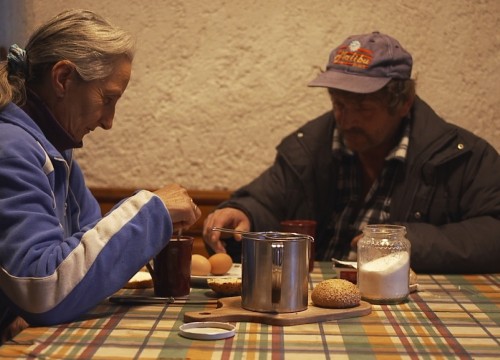