Il film brings us a different view of Mexican life from what we have learned on the news. The Totonac people in Santa Cruz project us in a dimension that is as timeless as the landscape that surrounds the village of Zapotal. They continue to live their traditions despite the encroachment of modern outside influences. The film weaves together their daily routines, focusing on the women creating skilled pottery and the awe-inspiring religious rites of the voladores, young men who suspend themselves upside down from a high pole "flying in the wind."

Born in Mexico in 1964. His short film "Venus" (2006) achieved worldwide success as did his following documentary "Flowers in the desert" (2009), which was awarded a Special Mention in the Best Mexican Documentary section at Morelia International Film Festival. 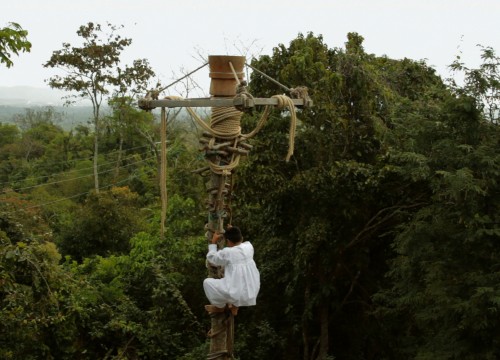