The disquieting details of a beautiful, uninhabited forest, its silence accompanying the obsessive construction of a pair of friends. Materials are gathered and a series of actions undertaken, but the scope remains unclear until the very end. The film, supported by an excellent soundtrack, slowly heads towards the discovery of an act of human solidarity, lost in a dimension without time or purpose.

Rocha Minter (1990, Mexico) was rejected three times by film school, but when he enrolled at the La Esmeralda arts school he was accepted immediately. He is now half-way through his visual arts studies, but he has worked in the field of film since the age of sixteen. Since then, the young Rocha Minter has participated in the making of nine full-length films. Dentro (2012) is his third short film. 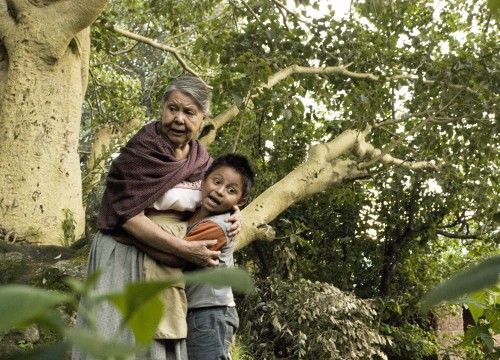