Heimat is a concept that includes not just a place, but also the culture, language and history of those who live there. Telling Michael Gamper’s story means recounting half a century of history of South Tyrol and its people. The events, protagonists, ideas and dynamics of the fight to defend the rights of South Tyroleans centred on the figure of Gamper. This priest, journalist and politician is an emblem of how the obstinate attachment of a man to his faith and his land can prevent historic changes from denying the identity of a people.

Carbonera, aged 33, has made 8 TV documentaries, broadcast on various European channels, and one film documentary. “La Penna di Hemingway”, his first short fiction film, was first presented at Venice Film Festival in 2011, after which it was selected and awarded prizes by around thirty international festivals. Since 2006 he has worked with SD Cinematografica, and he is currently working on his first full-length film. 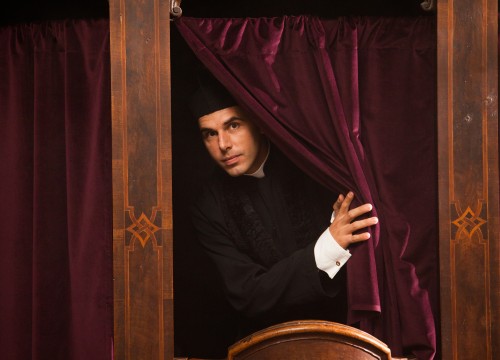