Mount Everest made headlines around the world last year when it was reported that Ueli Steck and Simone Moro, the strongest duo in alpinism, were attacked by a crowd of angry sherpas at Camp 2. The incident sparked a flurry of gasps and angry recrimination: sherpas, western climbers, guiding companies, even the legendary mountain itself were pounded with criticism from all sides. The film gives an exclusive look at what happened that day, and why.

Zachary Barr is a director and producer, having previously spent nine years working in public media. He is the co-author of Never Coming Home, which profiled the families of soldiers killed in the early years of the Iraq War. He holds a degree in history from Lewis and Clark College and a certificate in documentary radio from Salt Institute for Documentary Studies in Maine. Zac lives in Boulder with his wife and two sons. 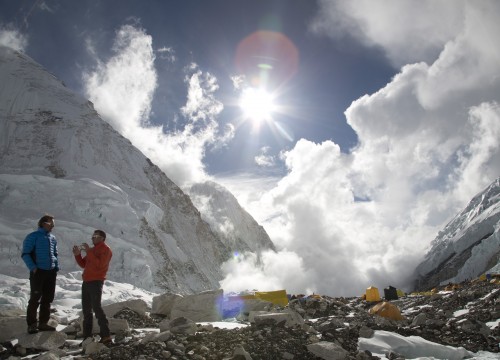