We are witnessing the beauty of Kamilet Valley on our journey with Erkan Can who is a young ecological beekeeper. Kamilet Valley was declared by the World Wide Fund for Nature one of Europe's most valuable 100 forests and one urgently needing conservation in terms of biodiversity.

He was born in 1976 in Kdz Eregli. He graduated from Istanbul University Faculty of Communication in 2000. In 2010 he was awarded a Television and Cinema PhD. He is an assistant professor since 2012 and teaches courses in film editing and directing. He also composes original scores for films. 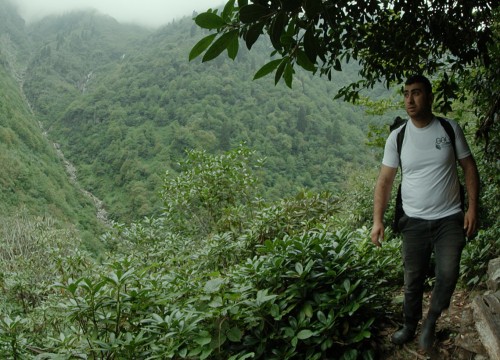