90 year-old Elizabeth Hawley has interviewed thousands of mountaineer and is a force of nature every bit as impressive and indefatigable as any alpinist. But while she is the world’s foremost authority on Himalayan mountaineering and has exhaustively tracked, detailed and archived Himalayan expeditions since 1963, she has never climbed a mountain herself. This portrait of Miss Hawley reflects the character it chronicles by being direct, sharp and not without a sense of humor.

A director, editor and producer, she created Small Dog On The Go Productions, an independent production company based in Colorado. She has directed, filmed, edited and produced videos for clients such as The Travel Channel, Lonely Planet, Outside Television, Outside magazine and Walmart. From footage of Stonehenge at dawn to documentaries on the life of Himalayan climbers, Allison enjoys sharing stimulating stories with the public. 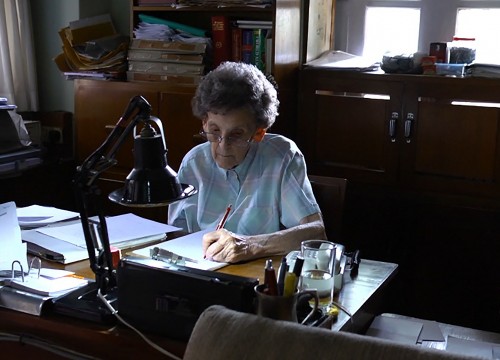