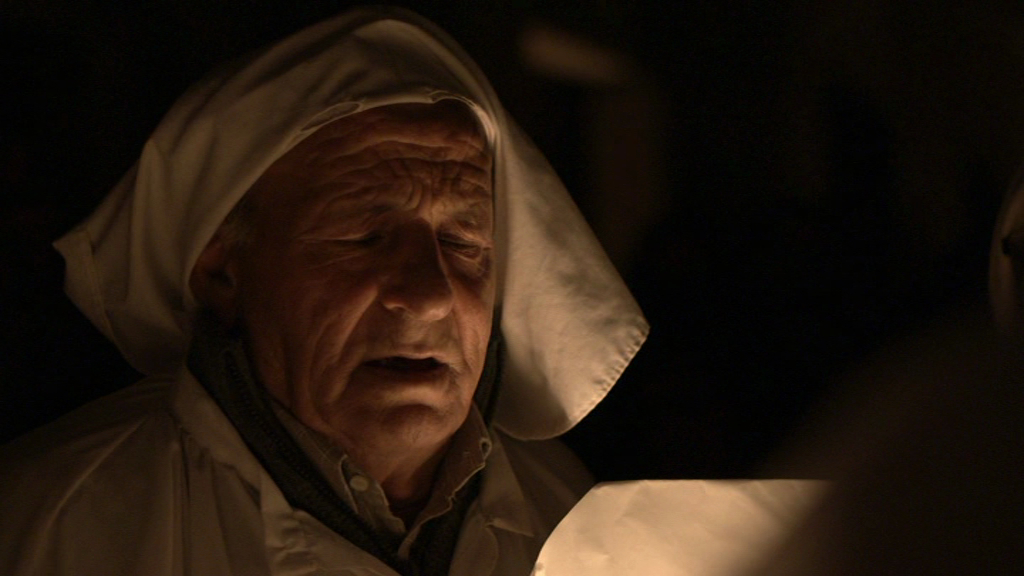 The North Coastline of Sardinia. Castelsardo. A town made of wind and voices. During the Holy Week it becomes the stage of a complex and fascinating ritual. The undisputed leading actors are the singers of the Santa Croce Congregation.
A brotherhood. A group of singers. A group of men. A unique aim inspires their motionless time: exit on the “carréra” and sing the Passion of Christ. Their voices ferry us towards a sacred theme that is well understood. Their voices are heard in the dark alleys, in the effort of going beyond the limits of the day by day life and humanity with the will of being redeemed through the voice. A world of men. Of men’s voices above which there is the One, ethereal, virtual, the Lady’s voice. The quintina.

Born in 1978 in Andria, Italy, has an acting diploma at Accademia Nazionale d’Arte Drammatica “Silvio D’Amico”. While working as an actress, she started studying the impact of theatre linked with the rites in cultures that present an ethnographical interest, most of all in traditional music.

Born in Cosenza, Italy, in 1980, earned a degree at DAMS in Bologna and directed, during those years, his first short “La sua gamba”, winner at the Festival of Bellaria 2003. Between 2004 and 2006 he studied film direction at the Centro Sperimentale di Cinematografia of Rome and produced several films, including “Dentro Roma”, winner of the Nastro d'Argento 2006. 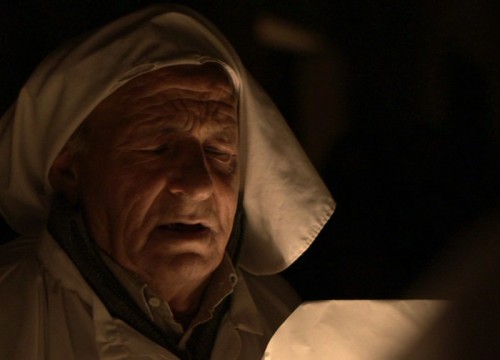