"It was autumn when I arrived in Germany. I thought that in this exotic country I could distance myself a little bit from Mexico, but I was wrong. Drug traffickers managed to take me back in a ruthless way." (Victor Orozco Ramirez)

He graduated with a degree in Industrial Design from the University of Guadalajara and graduated from the Academy of Fine Arts of Hamburg Germany with a master’s degree in the area of documentary film. He founded Gremiodiseño (Design and Art laboratory) in 1999. Until 2012 he organised the film festival “ambulart” in Germany, Ecuador and Mexico. He has directed a variety of animation and documentary short films, such as "Tatei-Kie detrás de la cortina" (2008) and "La letra con sangre entra" (2005). 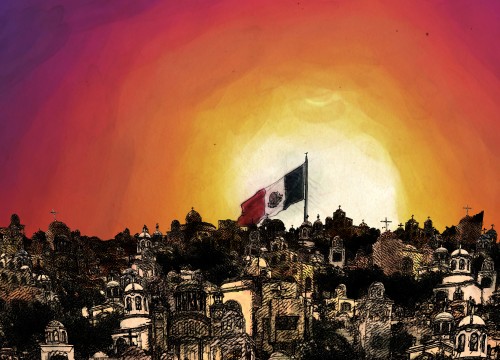