For more than a year the theatre directors Elena Galvani and Jacopo Laurino selected and trained a group of non-professional actors, exploring the idea of a type of theatre profoundly linked to the local area and giving this the name of slow theatre. Sacrificio tells the story of the performance that they produced by mixing reality and fiction: a story of lack of communication, obsessive love, abuse of alcohol and drugs and castrating family relations, in comparison with the true stories of the young people who play the parts.

Born in 1986, after obtaining a high school diploma with an emphasis on classical studies he moved to Rome, where in 2007 he obtained a diploma in film direction at NUCT, Cinecittà, making two short films. In 2009 he graduated in the history of film at the Torvergata University of Rome. After an internship at Blue Film, he worked on his first documentary I nemici del silenzio. Since December he has been attending a course in advanced screenwriting at Indigo Film in Rome. 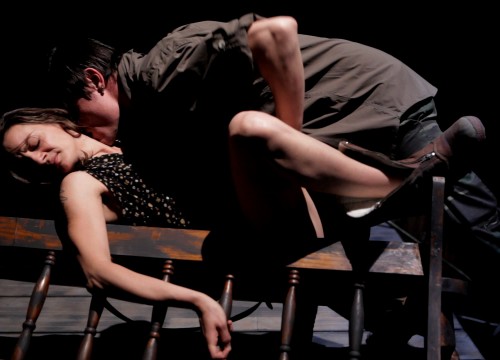