The siblings Magnar and Oddny, both in their seventies, never left their childhood home. They run the family farm as it was run by several generations before them. Changes have been minimal, however a few innovations have been adopted. Electricity and a telephone were installed during the 1970s. In the 1980s, they acquired a combination radio-and-cassette player, a luxury that was highly prized and often used. Unfortunately it broke down a few years ago, and now they are left with a box full of audio cassettes with music they can no longer listen to. Magnar and Oddny are far from wealthy but close to the nature surrounding them. The highlight of their existence is when they take their livestock on the annual pilgrimage to the mountains for summer grazing. But can this routine last forever? Advancing age and failing health are reasons for questioning whether there is to be summer grazing in the mountains this year. If so, will this be the last year of summer pastures?

Director of photography, producer and director since 1986. He has often worked as freelancer for national and international TV-companies. "Siblings are forever" is his first feature length documentary. 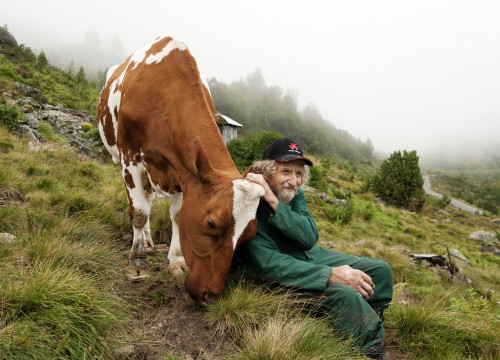