Are rock stars Leo Houlding, Sean "Stanley" Leary, and Jason Pickles up to their old tricks again? Maybe so, but they've brought along a few new friends and hopes of a bold new line on a remote spire in Queen Maud Land, Antarctica. They're going big again — the majestic unclimbed Ulvetanna Peak is their goal this time. But they're in the middle of nowhere, miserably cold, a bit delirious. Hopefully it's nothing a little adrenaline can't cure. 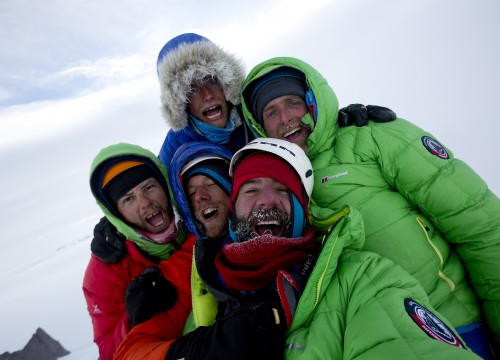