The concentration camp of Ebensee was one of the most important subcamps of Mauthausen. The living conditions for prisoners were extreme and the very high death rate led to the construction of a crematorium. After the liberation of the concentration camp, numerous housing units were built in the same area previously occupied by the camp , soon resold at very low prices. This attempt at cancellation continues to generate alarming episodes and disquieting questions.

Dirk Peuker was born in 1970 in Friedrichroda. He studied at the Academy of Fine Arts in Vienna and experimental cinema at the Universität der Künste in Berlin.
Since 2009 he has been an assistant at the Kunsthochschule Berlin Weißensee.

Bettina Nürnberg was born in 1976 in Mannheim. After her film studies she made numerous short films, including Flat roofs for Mussolini (2012), The American houses (2010), Tier im Wald/We shall leave the city (2007). 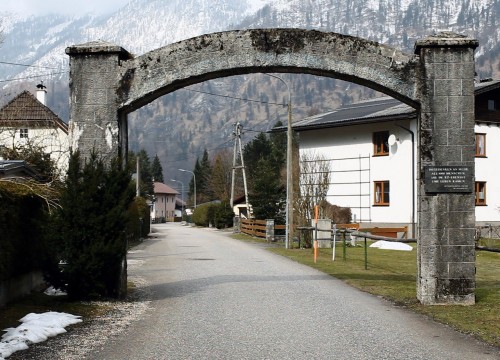