In the Municipality of Peio, at an altitude of 1600 metres, the mixed-class primary school has been closed in favour of a modern school complex on the valley floor that brings together children from different villages. Some families have therefore decided to opt for home schooling, as provided for by the Italian constitution, giving rise to the Peio Viva School. On the ground floor of a private home the parents and a number of voluntary teachers give lessons to nine children, from the first the fifth year of primary school. No marks are awarded in the school.

Born in Rovereto in 1974, he carries out research and documentation activities using the methods of visual anthropology. He has made several documentaries, including Furriadroxus (2005), Cheyenne, trent'anni (2009), Tre carnevali e ½ (2007) (2007 Nigra Prize, Antropologia Visiva), Contadini di montagna (2015). 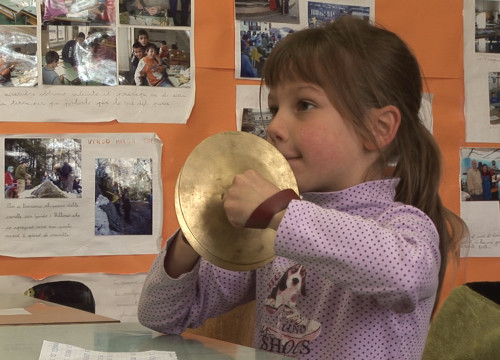