An audiovisual diary which defies any possible definition, Anoche can be described as an inner journey taking place through time and memories, at the foot of the imposing Chilean Coastal Range, involving the buildings standing there, sometimes like phantasmal presences in the landscape.

He was born in 1974 and specialised in direction at the University of Valparaìso. He lives and works in Santiago and Viña del Mar. He manages the production company Mosca Films. His works include: Patas de Kíltro (2002), Bajo el Sur (2004) and Te Ganarás el Pan (2005). 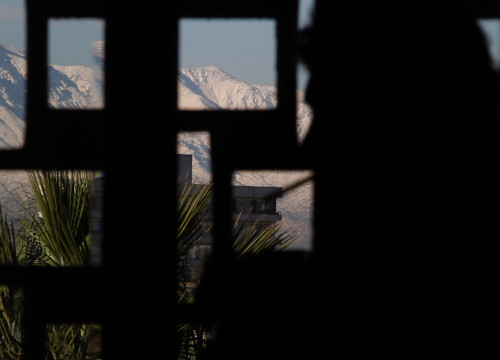