In an immense forest surrounded by the mountains of Trentino, there is an open-air museum where art and nature coexist: this is Arte Sella, which each year welcomes internationally renowned artists, called on to create works using exclusively natural elements. Over the course of a year characterised by practical difficulties and creative challenges, the common objective of creating works of art with and for nature emerges increasingly clearly, together with reflection on the ephemeral concept of art and the delicate balance between man and nature.

He graduated in Sociology at the University of Trento and since 2004 he has worked as an editor and cameraman at the production company Peignoir Production in Paris. 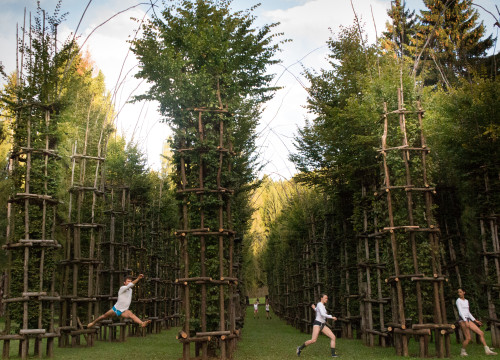