Berchtesgaden is a traditional tourist location at the foot of the northern Salzburg Alps, renowned for the magnificent landscape, but also for the Berghof, the summer residence that Hitler had built for diplomatic purposes. In this idyllic scenario, apparently isolated from the rest of the world, for over two years the owner of Cafè Waldluft, a historic tourist residence, accommodates a number of Middle Eastern and African refugees. Here they can interrupt the solitary situation in which they find themselves and begin to construct their future.

Born in 1987 in Munich, from 2008 to 2012 he studied Art and Design in Italy at the Libera Università in Bolzano, completing his film and photography training there. In 2012 he made the short satirical film Welcome to Bavaria. Since 2013 he has worked as an independent producer in the advertising sector in Munich. 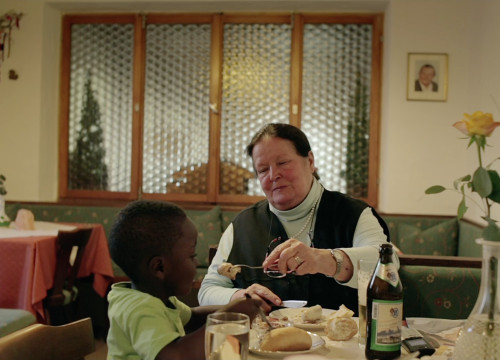