In the Great Alaskan Range there are still corners that have never been explored by man: one of these is the remote Citadel peak, which has been dubbed “The Mountain God” due to its beauty. However, the Citadel is as beautiful as it is dangerous to climb, due to poor weather conditions that often cause sudden avalanches. The two climbing companions Matt Helliker and Jon Bracey, profoundly different but closely complementary, take on the ascent of the 1,200 metre long ridge. The spectacular nature of the feat is guaranteed, as the film is shot entirely in 4k, used for the first time in a climbing film.

A nature photographer and climber, he has spent the last ten years travelling and climbing all over the world. Known as one of the best photographers and climbers in the United Kingdom, he has written and published numerous climbing and photography books. In 2011 he won the Golden Gentian CAI award at Trento Film Festival with The Asgard Project. In 2013 he participated at the festival with Autana, the year in which he was also awarded the Grand Prix by the Alliance for Mountain Films. 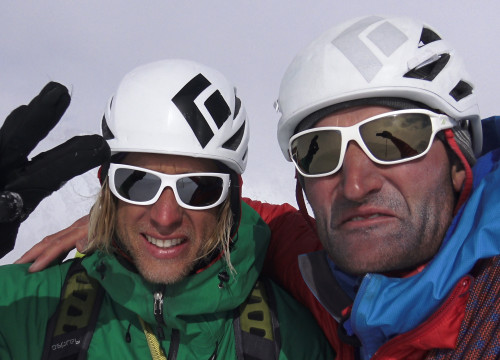