In the company of two world class climbers – the Slovenian Klemen Premrl and the Swiss climber Rahel Schelb – the photographer Tim Kemple decided to set off on an attempt to climb an iceberg, the vault of an ice cave and an ice crevasse, one after another. Each of these three climbs represents an extremely dangerous challenge and offers almost insurmountable difficulties, but it is precisely this very high level of difficulty that stimulates the three to attempt the impossible.

Self-taught, he has worked with major television networks such as the BBC, CNN, the Daily Mail and Al Jazeera, but his name is mainly linked to his works for SmugFilm. He lives in the bay of San Francisco, together with his wife and daughter. 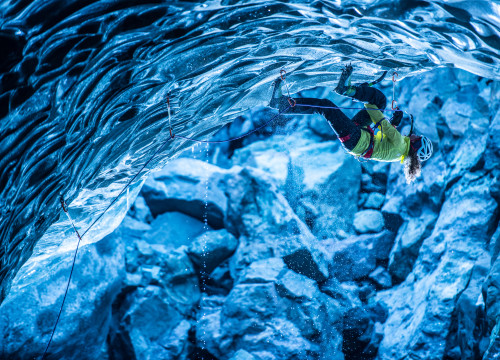