In 2013 a forest warden in a nature park in the north-east of Mongolia discovers the tracks of some leopards. The authorities decide to begin an extensive survey to establish their numbers. Thus Rasmus and Francesco, two naturalists with expertise in the field of camera traps are taken on to install 50 cameras and collect images of the snow leopards. However, the two men will first of all have to deal with daily life together with the forest wardens and the families of shepherds who accommodate them during their stay.

Frederik Wolff Teglhus is a MSc in biology with over 10 years of experience in the film and media industry. He started working as a production and camera-assistant on feature films and advertising productions in Copenhagen, but today he works as a cinematographer for the Natural History Museum of Denmark with focus on nature filming and scientific communication.
He recently directed and shot a conservation short story RUBEN, which mas selected for the "World International Film Festival" in Toronto, Hong Kong and Singapore, together with the "Madera Film Festival" in Portugal.

Annalisa Brambilla is an Italian photographer and videographer, born in 1981 and based in Milan. She has been living and working between Milan and London, where she obtained a Master in Documentary Photography at Westminster University. She undertook a number of documentary-based projects, of which My Star Wars family, a story of a family dealing daily with autism, was awarded the LensCulture Exposure award 2012. She currently works as a freelance and collaborates with Prospekt Agency in Milan, as photographer and video-maker in commercial, editorial and documentary projects. 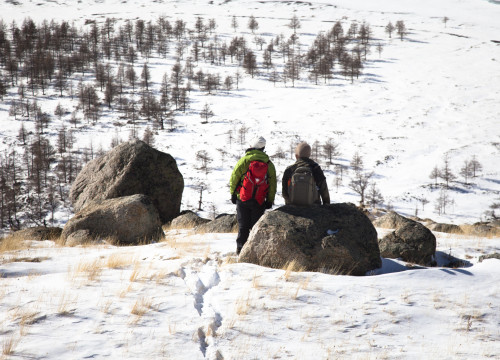