Despite being paid far less than international expedition leaders, it is always thanks to high-altitude porters that it is possible to reach the summit of K2. Whether they are Pakistani porters or Nepalese sherpas, it is always their task to take on the most exhausting and dangerous operations. Following in their tracks, Iara Lee has tried to recount their silent lives, allowing us to discover breathtaking scenery, where the porters face incalculable risks on a daily basis.

An activist and filmmaker, she founded the Cultures of Resistance network. She works with political associations, educators, artists and innovators all over the world to promote international solidarity through creative resistance and non-violent action. Her main works include Synthetic Pleasures (1996), Modulations: Cinema for the Ear (1998), Cultures of Resistance (2010), The Suffering Grasses: When Elephants Fight, it is the Grass that Suffers (2012), The Kalasha and the Crescent (2013), Life is Waiting: Referendum and Resistance in Western Sahara (2015). 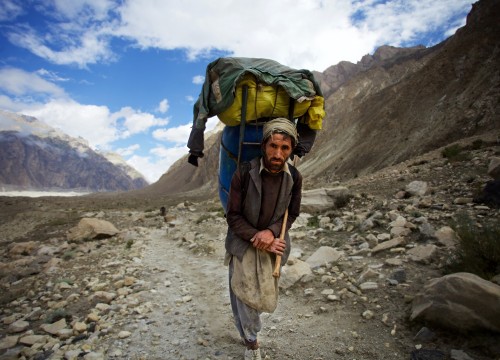