A wandering mystic, who looks a little like Jesus Christ, decides to go on a journey in the company of an alchemist, presented to him by seven men personifying different figures. Together they set off to reach the summit of the Holy Mountain, at the top of which they hope to obtain the revelation of the secret of immortality. Innumerable anecdotes and legends revolve around this milestone of the underground movement, making it one of a restricted group of films considered to be the ultimate cult movies. The restored version of the film presented at Cannes Film Festival in 2006 will be screened.

Jodorowski’s film career represents just a small part of his many-faceted activities, but is undoubtedly the aspect that has contributed most to making him a cult figure, surrounding him with a legendary aura that shows no sign of diminishing. His most famous works include Il paese incantato (1968), El topo (1970), La montagna sacra (1973), Santa sangre (1989), Il ladro dell'arcobaleno (1990) and La danza della realtà (2013) 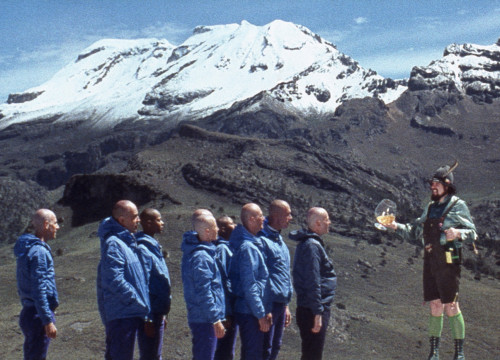