Quillagua is the driest place in the driest desert in the world, the Atacama desert. Nearby there is the Rio Loa, a small watercourse that has nevertheless guaranteed the survival of the small community living there. However, mining activities began in the 1980s following a series of government licences, leading to contamination of the watercourse, the only available source of water for irrigation. Since then the small community that has remained, with around a hundred people, has seen a continuous decline and has been powerless to prevent the progressive ageing of the population.

Born in 1985, he gained a master’s degree in Photography at EFTI in Madrid. In 2010 he produced and directed the documentary Cuatro Esquinas, which was screened at numerous international festivals. 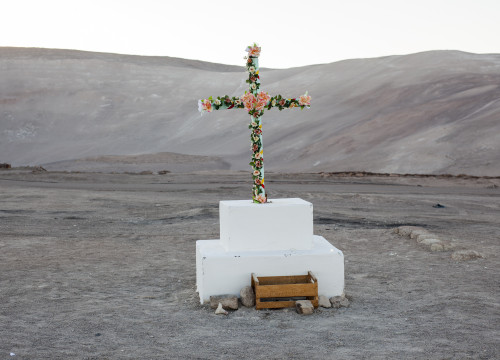