With its incredible rock paintings, the cave of Chauvet-Pont d’Arc represents one of the most important sites in human history. Although the figures date back to 36,000 years ago, remaining hidden for thousands of years in the dark, they are still capable of cancelling the huge distance separating us from those who created them. Made starting from 3D models, this incredible sequence shot allows us to explore a place that would otherwise be inaccessible.

Magontier’s works essentially focus on historic subjects, going from the origins of man up to the first half of the 20th century. He made the documentary series Les Gestes de la Préhistoire (2003), which won awards at various festivals and was screened at the permanent exhibitions of numerous museums, and Les Enfants de Sam (2002), which won the Prix du patrimoine al Cinéma du Réel in Paris. 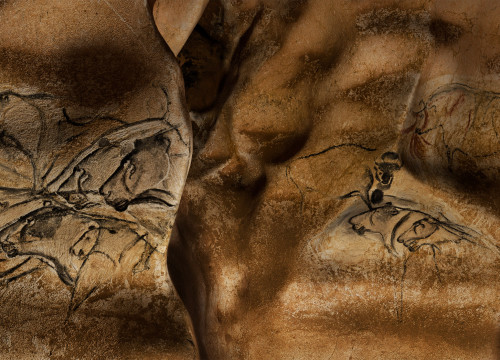