The suffocating routine of a metropolis at the foot of the Alps drives a young girl to imagine - and idealise – an alternative life in the mountains. She therefore decides to set off with the intention of fulfilling her dream. However, the image of nature as universally benevolent and idyllic does not correspond with a real life situation in which the mountains reveal themselves to be abandoned by man and at the mercy of the elements.

Born in Pistoia in 1986, she concluded her animation studies at the Centro Sperimentale di Cinematografia in Turin in 2009 and began working as an animator for a number of full-length animation films, including Titeuf and Pinocchio by Enzo d'Alò. In 2012, together with a further 16 animators and 3 musicians, she created a collective short film inspired by the technique of Cadavre Exquis. 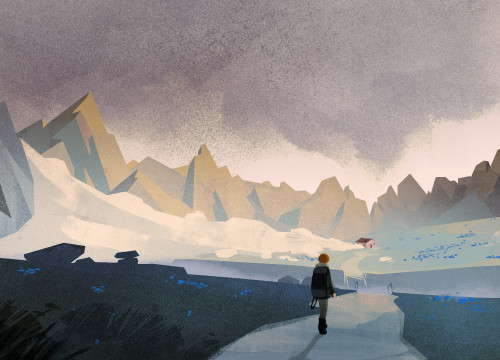