Nutrition is one of the key issues of our time, as it is directly linked to various other questions: respect for nature, the value of traditions and access to food. L'orto degli dèi, made in the Nebrodi Park, recounts the legends and memories of the peasant culture as a possible and ancient way of living in harmony with nature, starting from an attitude and faith that recognise the value of the creation in nature.

After having studied painting at the Accademia di Belle Arti in Catania, he worked as a reporter and graphics editor. For some years he has turned his attention to studying the landscape and projects of an anthropological and social nature. He has published five photography books. In 2014 he produced Lu Principiu di li Fiesti, his first documentary. L'Orto degli Dei is his second documentary film. 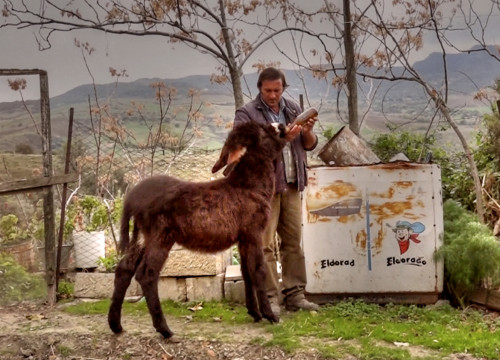