The final high school exams are approaching and three young men face the doubts typical of their age: what to do with their lives, stay or leave? Dreams and expectations interweave with important and minor love stories that influence their decisions. Edoardo, after having neglected his studies due to a love story, attempts the entrance examination for the faculty of medicine. Gaetano wants to follow his dream of becoming a fashion designer in London, even at the cost of sacrificing his relationship. Ernesto abandons his studies to dedicate himself to rap music and discovers that his girlfriend is expecting a baby.

Born in Naples in 1986, he graduated in Classical Literature. Since 2006 he has lived and worked in Trento, where he directs the cultural association ASUT and is co-founder of the production company Jump Cut. In 2014 he was selected as a young talent for the IFFI Campus, in the context of the Innsbruck festival. 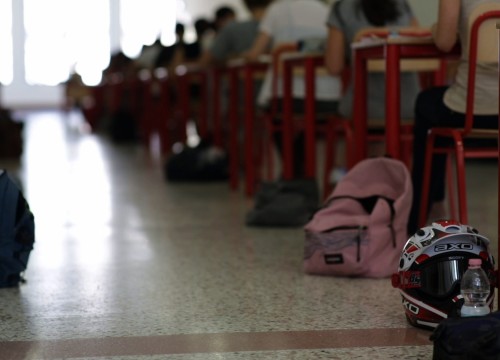